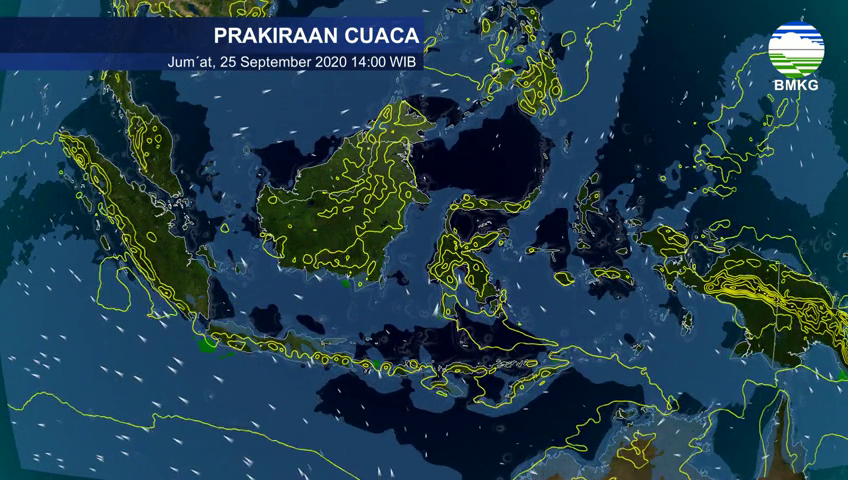 Early Detection for a Better Life

Each cyclone is named. In Atlantic Ocean or in Australia region, cyclone name is adopted from human name. Though in Pasific Ocean, cyclone name is more variable such as Cyclone Anggrek (orchid in Indonesia language), Durian (a very rich flavoured fruit), Nuri (BLUE crowned parroquet in the Malay language), Halong (a beautiful bay in Vietnam), Mekhala (angel of thunder), Bavi (a mountain chain in northern Viet Nam), and Fengshen (God of wind).

The main goal of a Tropical Cyclone Warning Centre is to minimalize loss of life and property and other impacts of tropical cyclone occurrence by providing accurately and timely warning to the threatened community.

There are Tropical Cyclone Warning Centres all over the world to monitor every occurrence of tropical cyclone. Everywhere, this monitoring is continuously performed everyday for 24 hours by using various kind of technology, from satellite, radar, and manned or unmanned observation stations. It purposes are to monitor the development of cyclone, it movement and intensity.

Tropical Cyclone Warning Centre is also responsible to provide tropical cyclone related warning and information and dissiminate them to the threatened area.

Basically there are two kinds of tropical cyclone warning, i.e. Coastal Waters and Land Area Warning and Warning for Open Sea. Each member of Regional Bodies is responsible to produce Warning for their coastal waters and land area. Though Warning for Open Sea is made by the concerned Tropical Cyclone Warning Centre according to their Area of Responsibility.

Table. WMO Regional Bodies, Committee and their Area of Responsibility

Concerning its large size, strong wind and cloud cover, cyclone caused significant impact to places it passed. Those are strong wind, heavy rain continuous for hours or even for days with a chance of flood, high wave, and storm surge.

Cyclone passes ocean resulting high seas, heavy rain and strong wind is dangerous for shipping. Cyclone spin the water, whirl them to result high wave. In land, strong wind destroys vehicles, buildings, briges and other constructions, change them into dangerous flying debris. Storm surge or sea level rise caused by cyclone is the most hazardous impact land may have.

According to history, 90% cyclone is deadly. Cyclone spinning reaches land and vertical windshear around may produce tornado. Tornado may also form as resulted by vorticity within the cyclone eyewall.

Indonesia experience cyclone direct impact when Kirrily, a rare event of cyclone development near equator occurred above Kai Islands at 27 April 2009. Kirrily brought heavy rain and storm surge within the area. It is reported that tens of houses destroyed, tens others submerged, roads broken, and high waves occurred from 26 to 29 April. Rainfall recorded in Tual is 20 mm, 92 mm and 193 mm for 27, 28 and 29 April 2009. Climatologically, Indonesia is not tracked by tropical cyclone, yet cyclone occurrence around the area, especially those developed in Western North Pasific, South East Indian Ocean and Australia changes weather pattern in Indonesia. Those weather pattern changes bring remote impact through the area.

Cyclone remote impact may exist through: 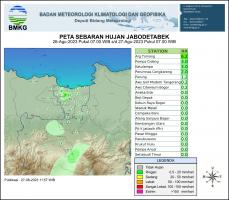